Construction of Uganda’s second international airport in Kabaale, in Hoima district is now about halfway the life of the works, the Minister of Works, Transport & Communication, Gen. Katumba Wamala has revealed.

Following a supervision tour Gen. Katumba tweeted: “[I] spent the greater part of the day in Hoima touring the ongoing construction of Kabaale Airport. I must say am impressed with the work being done by SBC. We shall continue to support and provide an enabling environment for the growth of the Aviation Industry.” He was accompanied on the tour by Peter Lokeris, Minister of State (Works) and Joy Kabatsi, the Minister of State (Transport).

The airport is being constructed as part of the infrastructure to support the oil and gas industry projects being set up in the region. These include the refinery, pipeline and industrial park.

The works are being undertaken by SBC, a joint venture between SBI International Holdings and Colas Ltd.

In an interview with this Magazine last year, Eng. Tony Kavuma, the chief mechanical engineer in the Ministry of Works and Transport and the project manager for the construction works, said that Hoima International Airport, was expected to be ready for full operation by 2021.

This magazine was unable to establish if the deadline for delivery of the final project remains or will be extended.

Then, Eng. Kavuma told The Infrastructure:  “The project officially started on April 18, 2018 …Works on the project includes building 3.5 km of takeoff and landing runways, development and drainage systems, asphalt, concrete, electromechanical installations, navigation and communications systems, construction of a terminal building for cargo, a control tower, and other residential and service buildings.”

In April, the contractor announced suspension of works because of Covid-19. At the time, over 800 workers on the project were sent home.

Dr Micheal Nkambo Mugerwa, the general manager Uganda National Oil Company, which is overseeing the airport development works together with the Ministry of Works and Transport, said the airport will be large and capable of handling large passenger and cargo aircraft, sufficient to carry the equipment and staff to develop the oil refinery and the oilfields.

Meanwhile, the new board of directors of the Uganda Civil Aviation Authority has been inaugurated. The new board is chaired by Steven Kavuma, the former deputy Chief Justice.  The other new members of the Board are Moses Paul Lubowa, Ethel Kamba, Dr. Alayo Ocero and Thomas James Kiggundu. The board members whose term was renewed include Hajji Zubair Musoke, Angela Kiryabwire Kanyima and and James Kubeketerya.

Speaking at the inauguration, Gen. Wamala told the board members that government’s principal objective in developing the aviation sector is to make Uganda well connected by air links so that the country can compete favourably for economic growth and opportunities.

“As government, we shall continue to support and provide an enabling environment for the growth of the aviation industry in the country given its contribution to economic growth and development.”

The inauguration ceremony also doubled as a farewell to the out-going board. 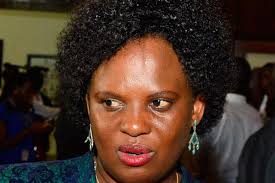